The installation „golden delicious“ entails altogether one hundred handmaid objects made out of golden „Rettungsfolie“ and plays with the concept of transience. The film is slightly translucent, therefore the spectator is able to look inside the objects. Depending on the focus he might also look through it or glimpse at a reflection of himself.
The objects are very light and are moved by the slightest puff of air.
After some time the objects start to contract, thus beginning to display crinkles, which makes the reflection of the light diffuse. Optically the objects appear to be metallic.

At the galerie “Spektakel” I maintained the roominstallation like a garden. I took care about the ten exhibited objects every three days during the exhibition time and put air into it.

In Winterthur at the Containermuseum, I created a laboratory-like situation. Once blown up, they would be left to there own. 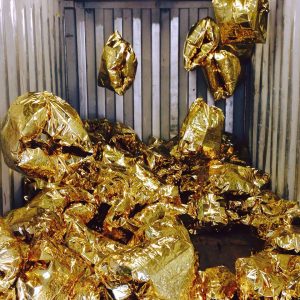 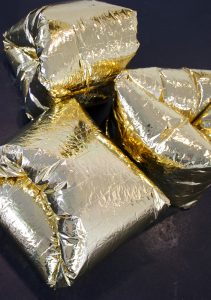 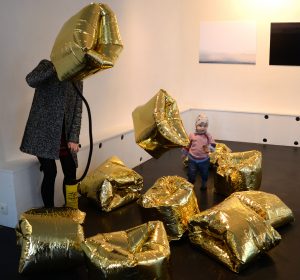 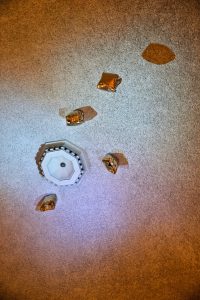 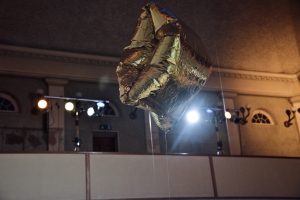 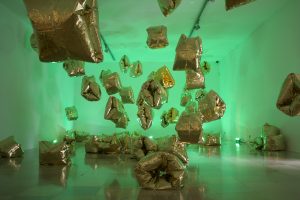